There are few things more damaging to an individual than being charged with a drug-related crime, which is why if you are facing drug possession charges in Red Bluff or anywhere in California, you must retain the services of a seasoned Tehama County drug crimes lawyer as soon as you can. Upon conviction, you will face a wide array of penalties that will affect your life for years to come, and our firm is ready to shield you from those penalties in any way we can. Contact Cohen Criminal Law today to learn more about how our firm can combat your drug possession charges through every step of the legal process.

Do I Need a Tehama County Drug Crimes Lawyer?

If you’ve been charged with drug possession in California, whether you are facing simple possession charges or possession with the intent to sell, there is a very good chance that you will face jail time, fines, and a criminal record. Once you have a criminal record, you will face a laundry list of complications, including difficulty finding employment, being prohibited from securing certain loans or living in certain areas, and more. Rather obviously, you cannot afford to proceed without the assistance of a knowledgeable California criminal defense lawyer who is equipped to defend you from the various potential pitfalls of obtaining a criminal record. You have just found that lawyer in Attorney Cohen of Cohen Criminal Law.

Our firm handles a wide array of drug crimes, including:

What is Drug Distribution?

The definition of drug distribution includes the illegal sale and transport of any of the drugs listed in the Controlled Substances Act of 1970. Possession for sale is a related crime. You can also get a distribution charge if the substances the police find in your possession are not listed on any of the schedules of the Controlled Substances Act but are ingredients used in the manufacture of methamphetamine or phencyclidine (PCP).

The law treats drug distribution as a more serious crime than simple possession because, by distributing illegal drugs, the defendant is increasing the risk that someone else will suffer the effects of drug abuse, including overdose or addiction. Prosecutors often try to play on jurors’ fears about dangerous drug dealers intentionally preying on vulnerable people. This is just another reason that you need a skilled defense lawyer to help you fight your drug distribution charges.

What are the Consequences of Drug Distribution?

Drug distribution is a felony, punishable by probation or a prison sentence. The length of the prison sentence, if any, has to do with the circumstances of the crime. Drug distribution in a place where children are present or a place frequented by children gets even harsher punishments than other places. For example, the sentence will be longer if the defendant manufactured or sold drugs near a school or playground. Likewise, whether or not you have previous convictions on your record affects the length of your sentence. The maximum sentence for distribution of precursor chemicals to methamphetamine or PCP is 16 months to six years in prison.

You should also note, however, that if you are caught selling marijuana, you will face additional penalties. They are as follows:

Of course, the defense strategy we undertake will depend primarily on the specific circumstances of your case, and the aforementioned defenses are just some of the most common defenses against drug possession charges. Regardless of your situation, our firm is ready to help you in any way we can.

Attorney Cohen has handled thousands of drug crime cases throughout his 30 years of criminal law practice. Gregg Cohen, former district attorney, understands both the charging decisions made by prosecutors and the defense strategies that can possibly be available in your specific case. Do not make the mistake of trying to go it alone. Contact Cohen Criminal Law today to schedule your free, initial, consultation with our firm so we can begin mounting the best defense possible on your behalf. 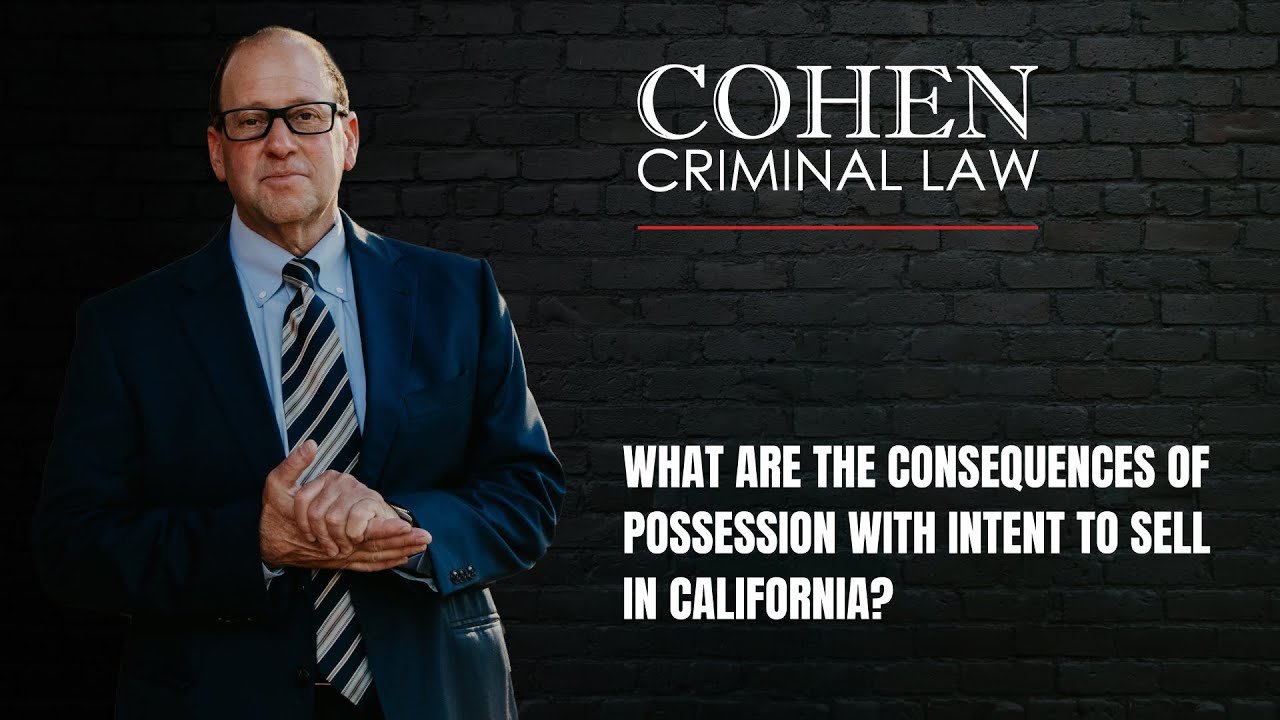