As a parent, your child is your number one concern, and our Tehama County juvenile crimes lawyer understands this, which is why if your child is currently facing criminal charges, our firm is ready to help fight those charges in any way we can. Contact Cohen Criminal Law today so you can tell us your story and we can begin mounting the best defense possible on your child’s behalf.

Should I Hire a Tehama County Juvenile Crimes Lawyer?

If your child has recently been contacted by the police, charged with a crime, or if you have been contacted by the Probation Department in your County, the time to act is now. Gregg Cohen is asking to be contacted immediately upon any of the above events. His goal is to begin to immediately help both your child and your family. Time is of the essence here. He will begin working to see if there can be an agreement with the District Attorney’s Office and Probation Department NOT to file a Juvenile Petition against your son or daughter. If a Petition is filed, Mr. Cohen is then certainly ready to assist and navigate the Juvenile Court System in order to protect your child’s rights.

Who Qualifies as a Juvenile Under California Law?

In California, the Juvenile Court’s jurisdiction is over minors between the ages of 12 and 17. You should also note that even if your child committed a crime at this age, though the crime was not discovered until years later, he or she may still be tried as a juvenile.

What is the Juvenile Criminal Process in California?

If your child was recently accused of juvenile delinquency, in most cases, he or she will appear before a judge in a juvenile detention hearing. Depending on the severity of the crime allegedly committed by your child, the judge will determine whether your child should remain in custody until the date of his or her jurisdictional hearing or be released to you, the parent or guardian, until this date.

Juvenile Delinquency proceedings are entirely different than adult criminal proceedings. In the case of a juvenile, there is no right to bail like in adult proceedings. The Court can simply “detain” a juvenile, in custody at the Juvenile Hall without a right to release.

Additionally, there is no right to a jury trial when it comes to juvenile delinquency proceedings. The Court will hold a jurisdictional hearing where evidence will be presented, and witnesses are called to testify. After hearing all of the evidence in the case, the Juvenile Court Judge will issue a ruling as to whether the allegations that were filed against your child will be deemed to be true and whether your child will be adjudged a Ward of the Court.

Gregg Cohen knows the Juvenile Court System well. He has handled hundreds of Juvenile cases in his work as a former prosecutor. He has handled many serious juvenile matters as criminal defense counsel. He knows both sides of the law and how the law relates to each specific case. His goal, for both your child and your family, is to have any allegations simply dismissed.

If your child is found to have committed one or more of the allegations filed against him or her then the case will proceed to a Dispositional Hearing. At this stage, Mr. Cohen is keenly aware of all possible dispositional alternatives and works hard to ensure that any consequences levelled against your child are minimized, are fair and just, and are in the best interest of your child.

The penalties your child may face range from fines, restitution, community service, the completion of a specified training program, and a Juvenile Hall or a State Rehabilitative Facility commitment.

Can a Juvenile be Charged as an Adult in California?

If your child faces an adult prison sentence and he or she is under the age of 18, he will most likely be sent to the Division of Juvenile Justice (DJJ) until he or she turns 18 years old. On his or her 18th birthday, however, your child will be sent to the California Department of Corrections and Rehabilitation.

Minor in Possession of Alcohol Charges in California

If you are under the age of 21 and you receive minor in possession of alcohol charges in California, you are facing a misdemeanor, which will most likely entail the following penalties:

With your whole life ahead of you, you need an attorney who can work to ensure that you are not bogged down with a criminal record because of one simple mistake.

As you can see, the potentially far-reaching effects of a juvenile crime can significantly impact your child’s life for years into the future. Attorney Cohen deeply cares about giving children the right to a clean start so they can move on to have bright, productive lives, and he is ready to work tirelessly on behalf of your child as well. Contact Cohen Criminal Law today to schedule your initial, free, consultation. 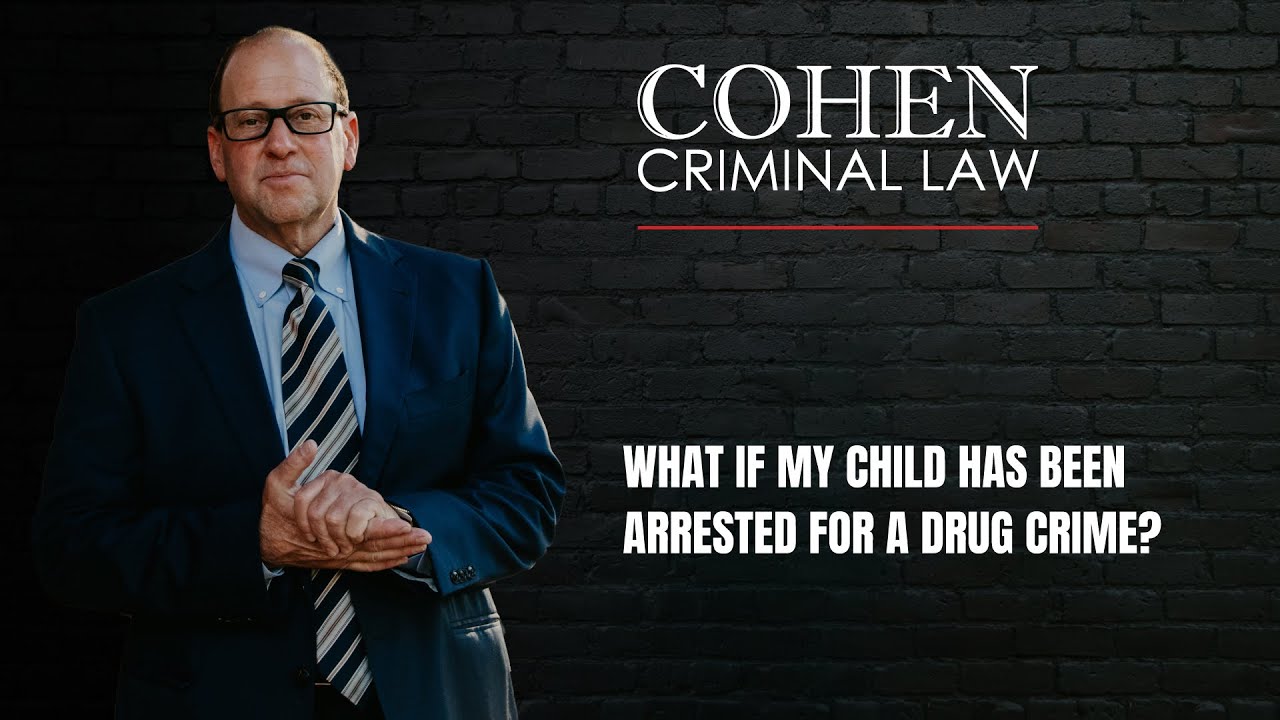