Many people do not realize just how serious DUI charges can be, however, you should fully understand the penalties you may face for a DUI in California and how our Tehama County DUI lawyer can use his 30+ years of experience to defend you from those consequences. Our firm knows that people make mistakes, and if you made a mistake that is now holding your future in jeopardy, it is critical that you do not delay. Contact Cohen Criminal Law today so we can discuss your case and begin mounting the best defense possible on your behalf.

If you’ve been charged with a DUI, you have a lot on the line. Our firm understands this, and our Red Bluff criminal lawyer is on your side. Whether this is your first, second, or third DUI, you can depend on us to fight for your right to freedom.

Blood alcohol content is the measurement by which law enforcement determines whether someone is considered under the influence of alcohol. The legal limit is .08%, and if you are stopped for a DUI and an officer asks you to take a breath test and you blow over .08%, you will be charged with a DUI. In certain circumstances, such as if you are a minor or are operating a commercial truck, you can receive a DUI even if your blood alcohol content was under .08%

Even for a first offense DUI, you can expect to face a wide array of penalties, ranging from a license suspension, to community service, and even jail time. Regardless if this is your first offense, you need an attorney you can depend on.

Once you commit a second offense, California courts will treat you as a repeat offender. This means that you are facing even harsher charges than before, and your chances of going to jail drastically increase.

Third or Subsequent DUI in California

For a third or subsequent DUI offense in California, you will most likely lose your license for years, spend a significant amount of time in jail, and, of course, you will have a criminal record that will follow you for years to come. Our Tehama County DUI lawyer is ready to do everything in his power to help ensure that your charges are mitigated, or, in the best cases, dropped altogether.

If you are arrested with a blood alcohol content of .15% or higher, you will most likely face high BAC DUI charges, which will almost certainly bring about harsher penalties than a DUI with a BAC lower than .15%.

When people hear the phrase “DUI,” they generally picture someone who was driving while under the influence of alcohol. However, you should understand that you can also be charged with a DUI if you are found to have been driving while under the influence of drugs. If you are facing a drug DUI in California, it is critical that you retain experienced legal counsel at once.

If you are a minor under the age of 21 and you are charged with a DUI, you are facing serious penalties as a result. With your whole life ahead of you, why risk hiring anyone other than an attorney who has the skill and dedication needed to effectively fight your charges at every turn? Do not settle–Attorney Cohen is here to help.

In California, as a commercial driver, you only need a blood alcohol content of .04% to be arrested and charged with a DUI. For a first offense, you will have your driver’s license suspended for at least one year, and you will face a fine and up to one year in jail, among other penalties. For a second offense, you will most likely lose your commercial driver’s license for life, among other consequences. Our firm is here to do everything in our power to prevent this from happening to preserve your livelihood.

What Happens if I Refuse to Take a Breath Test in California?

Fortunately, with an experienced California criminal defense lawyer on your side who has handled countless criminal cases for over 30 years, you will have an advocate who is familiar with the proper law enforcement protocol, how breathalyzer tests work, and more. Therefore, he will also have an understanding of how law enforcement could have violated protocol, thereby having a valid defense against your charges. Though the defense that our firm uses will largely depend on the specific circumstances surrounding your charge, with a Redding DUI lawyer on your side, you can rest assured knowing that your case is in good hands.

If you’ve been charged with a DUI in Tehama County or anywhere in California, you cannot afford to proceed without knowledgeable legal counsel on your side. We understand that a mistake does not define you, and we will fight with everything we have to help ensure that one mistake does not go on to haunt you for years. Contact Cohen Criminal Law today to schedule your initial consultation with our firm. 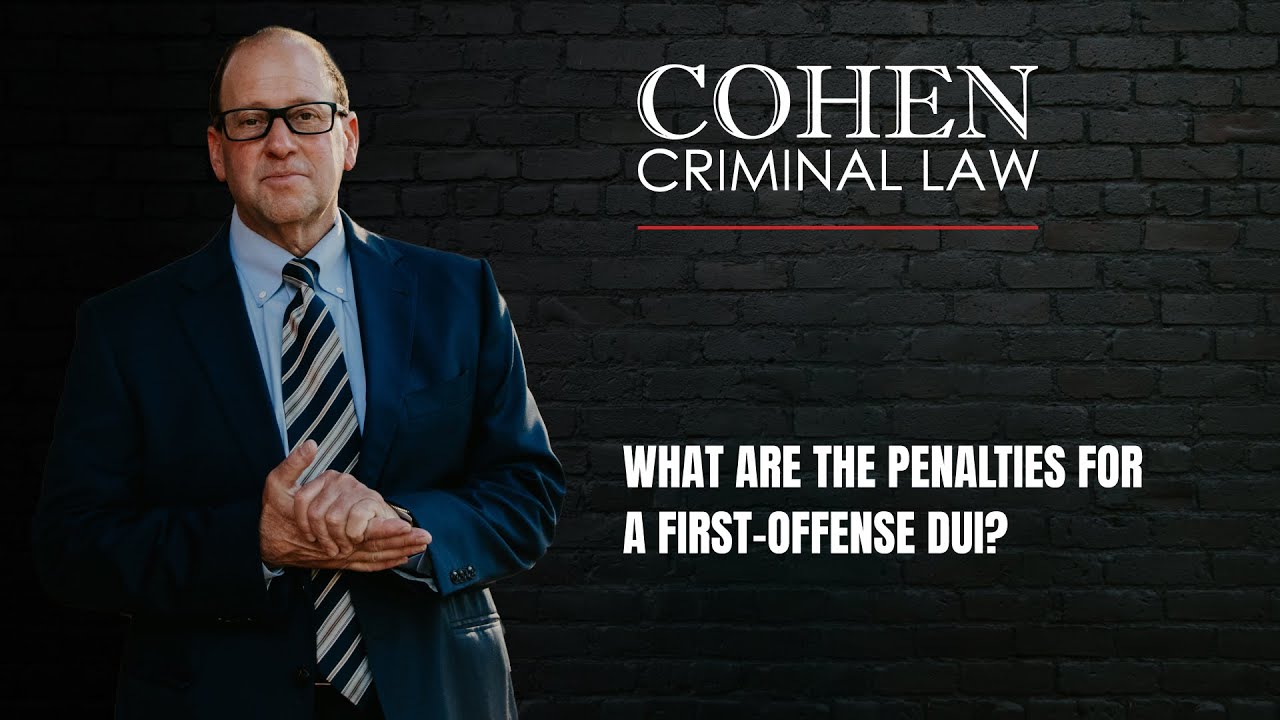