Countless people face traffic violations every single day here in California, which is why in many cases, they do not think to hire a Tehama County traffic violation lawyer to help them fight their tickets. However, this is a mistake, as traffic violations can warrant points on your license, cause your insurance premiums to spike, and even have your driver’s license suspended. Rather obviously, these consequences can affect a person for months, or even years, which is why if you are currently facing a traffic violation, your best option is to hire a knowledgeable attorney as soon as possible. Attorney Gregg Cohen of Cohen Criminal Law has handled traffic violations for over 30 years, and he is ready to do everything in his power to fight your charges as well. Contact our firm today to schedule your initial consultation so we can analyze each aspect of your case and determine the best path forward.

Do I Need a Tehama County Traffic Violation Lawyer?

After receiving a traffic ticket, it is critical that you take action as swiftly as possible. Our Tehama County traffic violation lawyer has years of legal experience handling traffic-related offenses on behalf of the state. Now he has dedicated himself to helping individuals throughout the state of California fight the very serious ramifications of obtaining points on their license, and he is ready to put that experience to work for you as well. All you have to do is give our firm a call.

Consequences of Speeding Tickets in California

That being said, the potential consequences of traveling over 100 mph are far more serious, and they are as follows:

Negligent Operator Points stay on a person’s DMV record for 3 years or more.

Keep in mind that each time you are found guilty of speeding, you will most likely accumulate at least one point on your license, and if you accumulate enough points within a one-, two-, or three-year period, you risk having your license suspended, which can drastically affect your ability to commute to your job, school, or even visit friends and family.

In the past, cell phone violations in California would come with comparatively small penalties. In most cases, you would face a $20 base fine for a first offense, and a $50 base fine for subsequent offenses. Though you would most likely have to pay additional court assessments on top of those base fines, you would not receive a negligent operator point against your license.

As you know, negligent operator points assessed against your license can add up, resulting in higher insurance premiums, and, eventually, a potential license suspension.

Consequences of Reckless Driving in California

California law essentially defines reckless driving as operating a motor vehicle with a willful or wanton disregard for the safety of both people and property. Reckless driving is an incredibly serious charge, especially compared to other traffic violations. For example, if you are found guilty of a standard reckless driving charge, even if it is only your first offense, you will most likely face a misdemeanor conviction, which may warrant a $1,000 fine, up to 90 days in jail, two points on your license, and a potential six-month license suspension.

Additionally, if you face a reckless driving with injuries charge, meaning you injured another person as a result of reckless driving, you will also face a misdemeanor, which may warrant up to six months in jail, a $1,000 fine, points on your license, and a potential six-month license suspension. Rather obviously, these are very serious charges, which is why you cannot afford to face them alone. Our Tehama County traffic violation lawyer is here to help.

Consequences of Driving Without a License in California

If you are charged with driving without a license in California, a first offense will most likely warrant an infraction, which may come with a $250 fine. That being said, for a subsequent offense, you may receive a misdemeanor charge, which can warrant a $1,000 fine and up to six months in county jail. Additionally, if you are charged with driving with a suspended or a revoked license, even for a first offense, you will be faced with up to a six-month jail sentence and a potential $1,000 fine.

Helping Commercial And Professional Drivers Stay On The Road

To truck drivers and other commercial drivers: Gregg Cohen respects the work that you do both on and off the road. The work is long and hard and benefits everyone as your deliveries put food on tables or your other driving services supply the necessities of life. Oftentimes it is also a thankless job – and it comes with many risks, including receiving traffic tickets. At Cohen Criminal Law, you will find a lawyer who is proud to be available to defend your driving record and driving privileges.

If you are a commercial driver and are cited for traffic violations, you are smart to fight them every time, even if you believe they are minor. Mr. Cohen helps professional drivers prevent getting points on their records after receiving traffic tickets. He is ready to act aggressively while fighting your ticket and protecting your commercial driver’s license (CDL).

Mr. Cohen’s extensive experience in Shasta and Tehama counties can be an asset in your case after you have been ticketed in this area, no matter where you live. He primarily handles commercial traffic violation cases in this area. Each week, he works with the same judges who may handle your case in the local traffic court and the same law enforcement officers who may have written your ticket. He is familiar with their ways of operating; he speaks their language and knows what it takes to get results.

Because California participates in an Interstate Driver’s License Compact (DLC), traffic tickets in other states are reported in California and vice versa. A traffic violation anywhere may affect the driving privileges of Californians. For this reason, Mr. Cohen is a valuable source of hands-on advocacy for both in-state and out-of-state commercial drivers. He’ll fight your CDL ticket and will help you keep and secure your commercial driver’s license.

Truckers and other professional drivers must meet higher standards than ordinary motorists do if they expect to keep their commercial driver’s licenses. Whether you were driving your professional vehicle for work or your private car or truck on your own time when you received a traffic ticket, a guilty plea may put your driving status at risk.

You may also incur penalties and suffer repercussions such as fines, points and increased insurance rates from your CDL ticket. If your citation for speeding or reckless driving ends with a verdict of guilt, you may lose your current job, as well as consideration for future driving jobs – including driving as an independent contractor for a company like Uber or Lyft.

Contact Mr. Cohen for advice if you are a commercial driver (a CDL holder) and have received any of these citations:

It makes no difference whether you drive a tractor-trailer (semi truck) or bobtail, or are pulling a trailer or fifth wheel with a pickup truck. Mr. Cohen is experienced, aggressive and ready to help. He cannot promise a specific result, but he does pledge to apply his skills diligently to pursue the best outcome attainable in your case. He is ready to fight your traffic ticket through a detailed review of all evidence and documentation, including radar/lidar calibration records and officer notes. He will fight hard to secure the most important outcome that you are looking for: no points added to your record.

If you’ve been caught violating any of California’s traffic laws, it is critical that you retain the services of a knowledgeable attorney who can work to have those charges dismissed or who can mitigate the consequences of those charges. Cohen Criminal Law understands the ins and outs of the court system here in California, and our firm is here to help you in any way we can. Contact our firm today to learn more about what we can do for you. 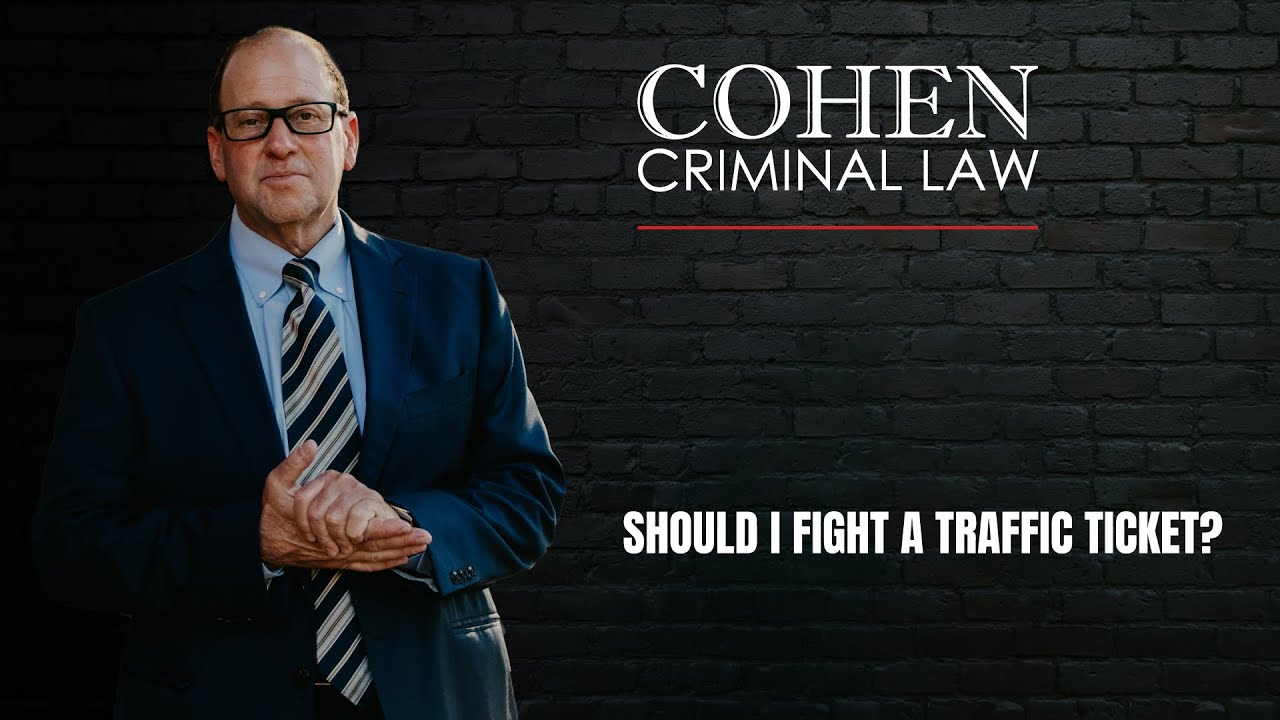